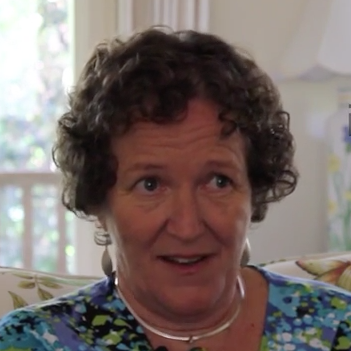 Bliss Browne is founder and president of Imagine Chicago, a mother of three, an ordained Episcopal priest and a former Division Head of the First National Bank of Chicago where she was a corporate banker from 1975-1991. Her civic leadership positions have included serving as Chairman of the Center for Neighborhood Technology, the MidAmerica Leadership Foundation and the Chicago Ethics Coalition; as Trustee of the Chicago Sunday Evening Club; and as an Advisory Board member of Public Allies, Archeworks, the Chicago Children’s Choir, the Council for a Parliament of the World’s Religions, and the Illinois Fatherhood Initiative. She has been on the Community Advisory boards of the Field Museum and the Chicago Historical Society, and the Alumni Council of Harvard Divinity School. She served on the Illinois Governor’s Public-Private Child Care Council and the Presiding Bishop’s Consultation on Reconciliation. She was the first female priest to preach at Westminster Abbey, in 1979, and has served in voluntary parish ministry for 30+ years. Bliss was a member of the Saguaro Seminar on Civic Engagement in America, convened by Robert Putnam at the Kennedy School of Harvard University, that recognized national innovators in developing social capital. She is an Associate of the Taos Institute and serves on the International Advisory Board of the PLUS network and the International Advisory Council of Communities of the Future (COTF).

Bliss is a graduate of Yale University (BA, History 1971), Harvard University (M.Div, Theology, 1974) and the Kellogg School of Management of Northwestern (MM, Finance, 1978.) She is a sought after keynote speaker, facilitator, consultant, coach and trainer nationally and internationally, in civic engagement, leading and managing systemic change, collaboration, youth development and developing the generative capacity of communities. She does consulting work with business, church, health, government and community organizations. Bliss was a Rockefeller Fellow in 1974-75, a Kellogg National Leadership Fellow in 1989-91, and has received the Eureka Community Award (1995-1996), the Chicago Mercedes Mentor Award (1998), the Chicago Justice Pioneers Award (2003), and the IWA Chicago Woman Extraordinaire Award (2008). She is author of numerous journal articles, two books: “Ten Years of Imagination in Action”, a conceptual framework for imagination as a social movement and “Women Alive: A Legacy of Social Justice”, as well as a book entitled “Imagine: A Conversation with the Future” to be published soon by Taos Institute Publishing.