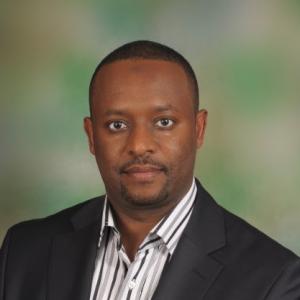 Dr. Mustafa is the Secretary General of the Global Network of Religions for Children and the Director of Arigatou International – Nairobi. He previously worked as Secretary General of the African Council of Religious Leaders and the Africa Representative for Religions for Peace International (RfP). Dr. Mustafa has been engaged in efforts to reduce or end situations that lead to the misuse of religion and terrorism in Africa for the last 12 years. A firm believer that ideologically-driven violent conflict should be transformed with a peaceful ideology, Dr. Mustafa has contributed to the de-escalation of the violence as well as de-legitimization of ideologies that fuel violence in Somalia, Nigeria, Libya and other places.

As the Director of Arigatou International – Nairobi, and Secretary General of the Global Network of Religions for Children (GNRC), he oversees the work of the network, working to create a better environment for children, especially through interfaith dialogue and action.

We have worked closely with Dr. Mustafa on establishing the National Platform for child soldier prevention in Uganda. His professional work in finding creative solutions for the issue of violence towards children made him an important contributor and voice to our most recent conferences and training in Zanzibar.

Dr. Mustafa is the recipient of the 2012 Coexist International Peace Prize. The prestigious peace prize was given to him in New York in March 2012 to honor his action-oriented work in interfaith relations and dialogue and conflict transformation in Africa. Former Ireland President Mary Robinson, Egypt Grand Mufti Sheikh Ali Gomaa and other judges voted Dr. Mustafa to receive this prize citing ‘his vision and courage in mobilizing religious and faith leaders in transforming difficult and challenging conflicts in many parts of Africa’.