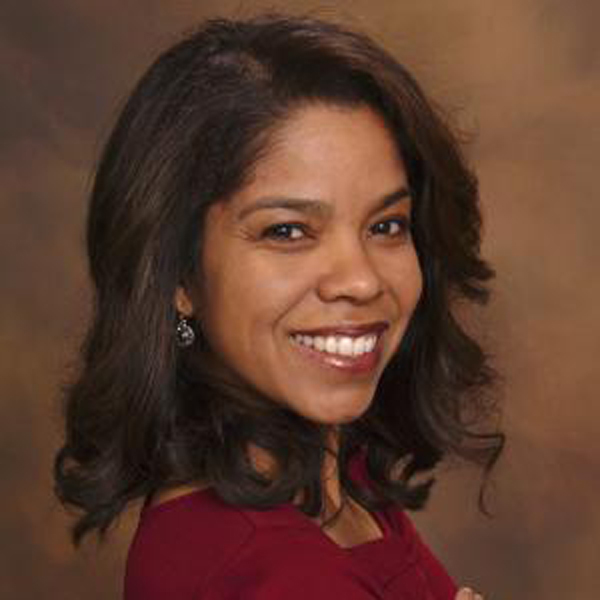 Dr. Gaye Theresa Johnson is Associate Professor of Black Studies with affiliations in Chicana/o Studies and History at UCLA. She writes and teaches on race and racism, cultural history, spatial politics, and political economy. Her first book, Spaces of Conflict, Sounds of Solidarity: Music, Race, and Spatial Entitlement in Los Angeles, published by the University of California Press, is a history of civil rights and spatial struggles amongst Black and Brown freedom seekers and cultural workers in LA.

Johnson’s second book, entitled Women in Hip Hop: A Radical Herstory, is under contract with Haymarket Press. Johnson’s third book project, currently titled These Walls Will Fall: Protest at the Intersection of Immigrant Detention and Mass Incarceration, demonstrates how visual and aural protest art constitute one of the most significant discourses of resistance to twentieth and 21st century anti-immigrant and pro-carceral policy and practices. With this book, Johnson reveals how expressive cultures enact an alternative narrative history about migration, race, and power. Johnson has also contributed journal articles and book chapters to historical, cultural studies, and ethnic studies volumes.

She has been a visiting researcher at Stanford University’s Center for the Comparative Study of Race and Ethnicity, as well as at the African Leadership Academy in Johannesburg, South Africa. She is active with the Los Angeles Community Action Network‘s struggle for housing and civil rights on LA’s skid row and is the 2013 recipient of the Freedom Now! Award for her efforts. She is a member of the board of directors for the Central Coast Alliance United for a Sustainable Economy (CAUSE) and an advisory board member for the Rosenberg Fund for Children. Johnson received a B.A. in Sociology and Ethnic Studies from the University of California at San Diego, and a PhD in American Studies from the University of Minnesota.