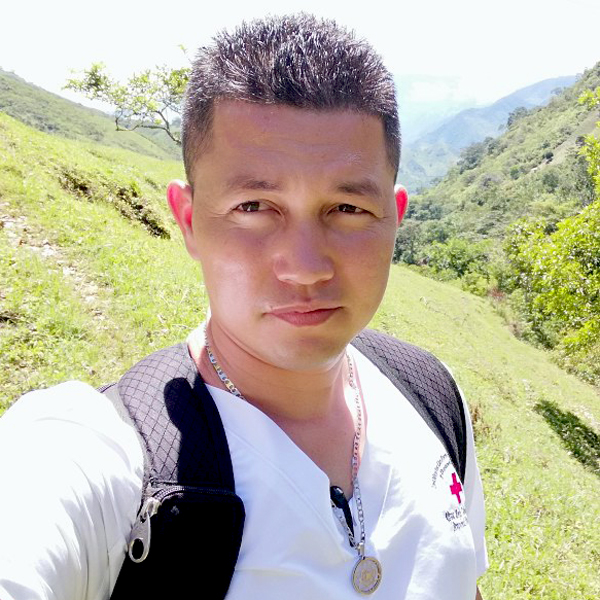 Geiner currently serves as Treasurer for the Cooperativa Multiactiva para La Paz De Colombia based in La Guarjira, Colombia.  Geiner was born in Valledupar, Colombia, second of seven siblings who together worked in banana farming around the Magdalena Swampland. During the civil war, Geiner and his family were victims of forced displaced, so Geiner had to interrupt his studies to earn money to support his family. As a teenager, Geiner joined the FARC-EP guerrilla forces and served as a combat medic for nineteen years alongside two of his brothers. During the historic peace negotiations, Geiner laid down his arms and signed the peace agreement.  After years of combat, Geiner has returned to school to earn a degree as a Technical Assistant in Public Health that leveraged the medical knowledge he learned during combat. In addition to his studies, Geiner is a member of the Health and Gender Committee for his local government, which works as a platform to share productive ideas to connect recently demobilized people and their families, linking seven Villages and a small town in the work of reconciliation and peace building.